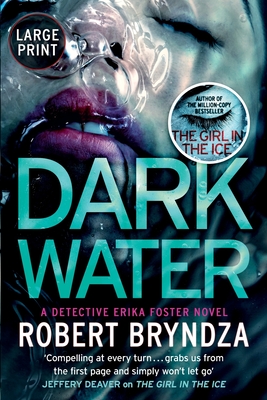 Beneath the water the body sank rapidly. She would lie still and undisturbed for many years but above her on dry land, the nightmare was just beginning.

When Detective Erika Foster receives a tip off that key evidence for a major narcotics case was stashed in a disused quarry on the outskirts of London, she orders for it to be searched. From the thick sludge the drugs are recovered, but so is the skeleton of a young child.

The remains are quickly identified as eleven-year-old Jessica Collins. The missing girl who made headline news when she vanished twenty-six years ago.

As Erika tries to piece together new evidence with the old, she discovers a family harbouring secrets, a detective plagued by her failure to find Jessica, and the mysterious death of a man living by the quarry.

Is the suspect someone close to home? Someone doesn't want this case solved. And they'll do anything to stop Erika from finding the truth.