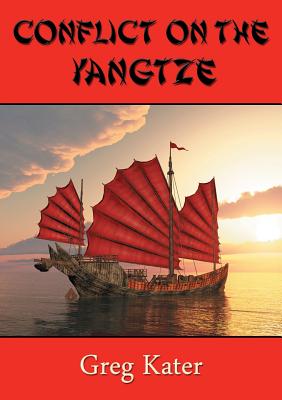 Conflict on the Yangtze

Beyond the end of the Second World War, after the Japanese surrender, the fighting never ceased in China ...

This is the fourth historical novel in the Warramunga series by Greg Kater. The events take place during 1946 when former army officer, Jamie Munro, and educated half-aborigine, Jack "Jacko" O'Brien, who head the Commonwealth Investigation Service in Darwin, are asked by Colonel John Cook, a senior commanding officer of MI6, to go to China and assist in the investigation of a drug cartel who are believed responsible for killing one of his operatives along the Yangtze River.

During the recent war, Jamie and Jacko had worked in intelligence operations with Colonel Cook during the desert campaign in North Africa, as the Afrika Corps threatened Egypt, and later in South East Asia in the aftermath of war.

The pair arrive in Shanghai via Manila in the aftermath of the Japanese occupation with Harry Williams, chief of the US intelligence agency, Office of Strategic Services (OSS), in the Philippines. They had worked with Harry previously in the Philippines on a case involving child smuggling (The Warramunga's Aftermath of War). They are met at Shanghai's Bund Docks by Johnny and Lee Drake, a half-Chinese MI6 operative who had lived in Shanghai, posing as a tea merchant, throughout the war. Jamie and Jacko learn that the current state of affairs in China is very complicated. They not only have to contend with the drug cartel but also with gangs, warlords and corrupt personages of influence. They are told the opium produced by the drug cartel is shipped to the Philippines for treatment and from there to the USA and Australia. To reach the centre of the opium operations it is necessary to travel hundreds of miles in a motorised junk up the Yangtze River where hostile, trigger-happy gangs and groups inhabit the riverbanks.