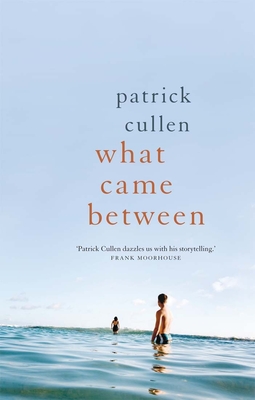 One street. Three couples. A world of possibilities.

In 1989 the Newcastle earthquake opens up faultlines in the relationships of three couples who reside in adjoining terraces, changing their lives irreparably. Each of those six people has to discover new ways to negotiate marriage and infidelity, careers and unemployment, friendship and loss. First they need to learn how to survive each day. Then, a decade later -- as the city's major employer, the steelworks, shuts down -- they must begin to live as if each night were their last.

Written in spare prose, What Came Between takes ordinary lives and makes them both familiar and extraordinary. Through the accumulation of telling details, Patrick Cullen creates a compelling portrait of what it's really like to live now -- in one street, in one city.

Patrick Cullen is a writer whose short stories have appeared in many anthologies, including Best Australian Stories and Sleepers Almanac. He has been broadcast on ABC Radio National.
Loading...
or
Not Currently Available for Direct Purchase