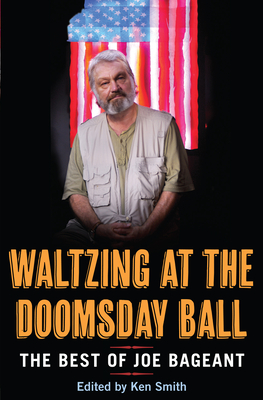 Waltzing at the Doomsday Ball

The Best of Joe Bageant

'Essentially, it comes down to the fact that a very large portion of Americans are crazier than shithouse rats and are being led by a gang of pathological misfits, most of whom are preachers and politicians.'

In 2004, at the age of 58, writer Joe Bageant sensed that the internet could give him editorial freedom. Without having to deal with gatekeepers, he began writing about what he was really thinking, and started submitting his essays to left-of-centre websites.

Joe's essays soon gained a wide following for his forceful style, his sense of humour, and his willingness to discuss the American white underclass -- a taboo topic for the mainstream media. Joe called himself a 'redneck socialist', and he initially thought most of his readers would be very much like himself. So he was pleasantly surprised when the emails started filling his inbox. There were indeed many letters from men about Joe's age who had escaped rural poverty. But there were also emails from younger men and women readers, from affluent people who agreed that the political and economic system needed an overhaul, from readers in dozens of countries expressing thanks for an alternative view of American life, and from working-class Americans in all parts of the country.

Joe Bageant died in March 2011, having published 89 essays online. The 25 essays presented in Waltzing at the Doomsday Ball have been selected by Ken Smith, who managed Joe's website and disseminated his work to the wider media and to Joe's dedicated fans and followers.

Joe Bageant was a columnist and political commentator who wrote for international newspapers and magazines and appeared on U.S. national public radio and the BBC. He is the author of Deer Hunting with Jesus, which is being developed as a dramatic television series in the United States. Ken Smith managed Joe Bageant's website and has promoted Joe's work to his dedicated fans and the wider media. He lives in Laredo, Texas.
Loading...
or support indie stores by buying on