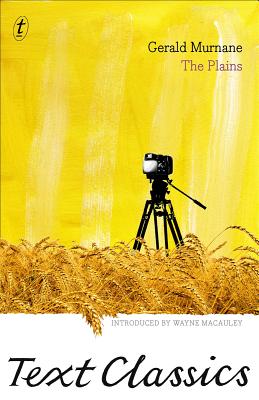 On their vast estates, the landowning families of the plains have preserved a rich and distinctive culture. Obsessed with their own habitat and history, they hire artisans, writers and historians to record in minute detail every aspect of their lives, and the nature of their land. A young film-maker arrives on the plains, hoping to make his own contribution to the elaboration of this history. In a private library he begins to take notes for a film, and chooses the daughter of his patron for a leading role. Twenty years later, he begins to tell his haunting story of life on the plains.

Gerald Murnane was born in Melbourne in 1939. He has been a primary teacher, an editor and a university lecturer. His debut novel, Tamarisk Row (1974), was followed by eleven other works of fiction, including The Plains, A Million Windows and, most recently, Border Districts [shortlisted for the Miles Franklin Award]. In 1999 Murnane won the Patrick White Award and in 2009 he won the Melbourne Prize for Literature. He lives in western Victoria.
Loading...
or
Not Currently Available for Direct Purchase