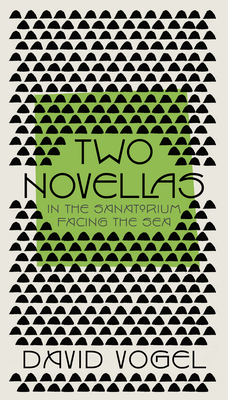 In the Sanatorium and Facing the Sea

David Vogel has long been regarded as a leading figure of Hebrew literature, and his work has been compared to that of Joseph Roth, Thomas Mann, and Franz Kafka.

In the Sanatorium was Vogel's first published work of fiction, translated here into English for the first time. It is set in a charitable Jewish hospital for consumptives, where death is always close, desire is heightened, and breaking the rules is exciting. In his depiction of the sanatorium's hothouse atmosphere, Vogel masterfully portrays the far-reaching effects of the decadence that was so prevalent in early-twentieth-century Europe.

Published together, these two novellas celebrate the legacy of one of the twentieth century's great writers.

David Vogel was a Hebrew poet and novelist who was born in 1891 in Satanov, Podolia, modern day Ukraine. After the outbreak of World War II, he was imprisoned by the French as an Austrian citizen, and later by the Nazis as a Jew. In 1944, he was deported to Auschwitz, where he perished.
Loading...
or
Not Currently Available for Direct Purchase