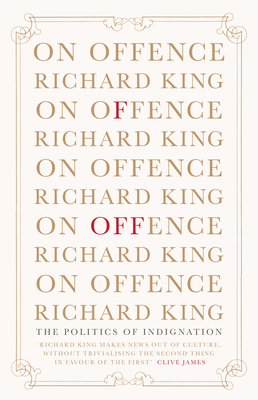 The Politics of Indignation

A lively and passionate defence of reasoned debate

Everyone has taken and given offence; anyone who claims they haven't is either lying or uniquely tolerant. Yet in recent years, offence has become more than an expression of annoyance -- it's now a form of political currency. Politicians and religious leaders have mastered the art of indignation to motivate their supporters or deflect unwanted attention, and the news cycle has become increasingly dominated by reports on these tiny tempests.

In this provocative account, Richard King explores how the politics of offence is poisoning public debate. With hurt feelings being paraded like union banners, we've ushered in a new mood of censoriousness, self-pity, and self-righteousness. Unofficial censorship has even led to official censorship; blowing the dust off old blasphemy laws, we are moving forward into the past. Yet King contends that freedom of speech is meaningless without the freedom to offend, and that the claim to be offended should be the beginning of the argument, not the end of it.

Politeness is a noble quality, and decorum will always have its place. But when respect comes at the cost of honest criticism, it's time for us to think again.

Richard King writes and reviews for the Australian and the Sydney Morning Herald, as well as for publications in the UK and Australia, including Australian Book Review and the London Magazine.
or
Not Currently Available for Direct Purchase
Copyright © 2020 American Booksellers Association