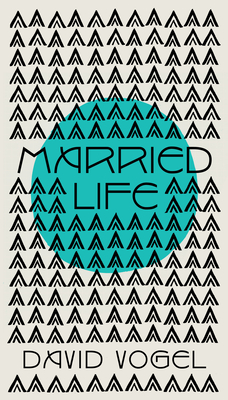 David Vogel has long been regarded as a leading figure of Hebrew literature, and his work has been compared to that of Joseph Roth, Thomas Mann, and Franz Kafka.

Married Life, which was first published in 1929, is Vogel's magnum opus--a sweeping portrait of a doomed marriage and a doomed city. Set in Vienna, the novel tells of the relationship between the penniless writer Rudolf Gurdweill and Baroness Thea von Takow, who treats her husband with cruelty and disdain. In spite of this, Gurdweill struggles to find the will to leave his wife, even when the devoted Lotte Bondheim offers him the prospect of true happiness.

Yet this is no mere story of a love triangle. In astonishingly vivid detail, Vogel evokes the atmosphere of 1920s Vienna, taking us from fashionable caf's and aristocratic estates to the shoemaker's workshop and the almshouse. With decadence and poverty existing side by side, Vienna is depicted as a city on the brink of collapse--a haunting prefigurement of the horrors to come.

With its rich, vital prose, and its profound insight into the human condition, Married Life is truly a modern classic.

David Vogel was a Hebrew poet and novelist who was born in 1891 in Satanov, Podolia, modern day Ukraine. After the outbreak of World War II, he was imprisoned by the French as an Austrian citizen, and later by the Nazis as a Jew. In 1944, he was deported to Auschwitz, where he perished.
Loading...
or
Not Currently Available for Direct Purchase