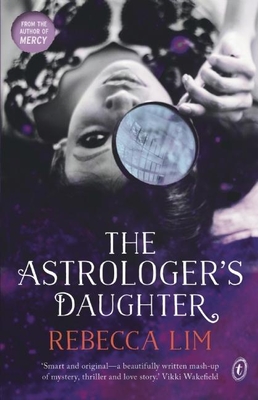 Finalist, 2015 INDIEFAB Book of the Year Award
Kirkus Best Teen Books of 2015
Kirkus Best International Teen Books of 2015
Kirkus Best Teen Books of 2015 for an Adrenaline Rush
Shortlisted, 2015 Prime Minister's Literary Award for Best YA
Shortlisted, 2015 Aurealis Award for Best YA
Shortlisted, 2015 Davitt Award for Best YA
A 2015 CBCA Notable Book for Older Readers
Longlisted, 2015 Gold Inky Award 'This is a taut, expertly crafted thriller, but it is also a devastating examination of grief, both the initial, acute pain of loss and the well-worn paths of years of sorrow.'--Bulletin of the Center for Children's Books 'A fiercely realized teen uses astrological skills to solve a heartbreaking mystery... Lim's] taut, assured thriller weaves together astrology and mythology, poetry and poverty, and several generations of mothers whose love can't protect their children from humanity's ugliest tendencies. Teen and adult readers who like their mysteries gritty and literary, with a touch of magic: seek this one out.'--Kirkus starred review] 'Elegantly written...Weaving the past and the present seamlessly, the book feels realistic, even as Lim straddles reality and superstition. . . . A grim, often terrifying story, this mystery will keep readers guessing until the end.'----School Library Journal 'A complex and engrossing amalgam of suspense, relationships, and hope found and lost. Lim's (Mercy, 2011) narrative is seamless, and readers will eagerly and quickly sympathize with the characters, while the fascinating glimpse into the world of astrology and charting adds another layer of interest. This has great potential as an intergenerational reading club selection, and the story's ambiguous ending offers plenty of opportunities for discussion.'----Booklist Online

"Compulsively readable. Avicenna is a captivating hero. . . . This gritty and mysterious love story will stay with me for a long time."--Cath Crowley, author of Graffiti Moon

"A modern-day Quantum Leap for the teen set (but with angels): well-rounded characters, including a particularly strong heroine; beautifully written prose; and a dark and twisting plot that kept me guessing until the very end."--Laurie Faria Stolarz, author of the Blue Is for Nightmares series

"Subtly beautiful and utterly intriguing, Rebecca Lim's Mercy series brims with mystery and romance that pulls readers through the veil between worlds real and mythical."--Andrea Cremer, author of Nightshade

The police suspect foul play. Joanne is an astrologer, predicting strangers' futures from their star charts. Maybe one of her clients had a bad reading?

But Avicenna has inherited the gift. Armed with Joanne's journal, she begins her own investigation that leads into the city's dark underworld. The clock is ticking, and as each clue unravels Avicenna finds her life ever more in danger.

The Astrologer's Daughter is a gripping, powerful mystery.

Rebecca Lim lives in Melbourne. She worked as an attorney before leaving to write full time. Rebecca is the author of ten other books for children and young adult readers. Her Mercy series is published in the United States, United Kingdom, Australia and New Zealand, Germany, and Brazil.

Rebecca Lim is a writer and illustrator based in Melbourne, Australia, with a background in commercial law. Rebecca is the author of sixteen books for children and young adult readers, including The Astrologer's Daughter (a Kirkus Best Book of 2015, and a Foreword Reviews IndieFab 2015 Finalist) and Afterlight.Shortlisted for the Prime Minister's Literary Award, Aurealis Award and Davitt Award for best YA, Rebecca's work has also been longlisted for the Gold Inky Award, the David Gemmell Legend Award and the CBCA Book of the Year Award for Older Readers. Her novels have been translated into German, French, Turkish, Portuguese and Polish.
Loading...
or
Not Currently Available for Direct Purchase