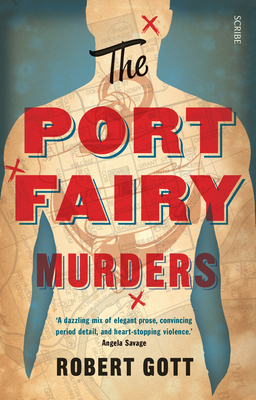 The Port Fairy Murders is the sequel to The Holiday Murders, a political and historical crime novel set in 1943, featuring the newly formed homicide department of Victoria Police.

The department has been struggling to counter little-known fascist groups, particularly an organisation called Australia First that has been festering in Australia since before the war. And now there's an extra problem: the bitter divide between Catholics and Protestants, which is especially raw in small rural communities.

The homicide team, which once again includes Detective Joe Sable and Constable Helen Lord, is trying to track down a dangerous man named George Starling. At the same time, they are called to investigate a double murder in the fishing village of Port Fairy. It seems straightforward -- they have a signed confession -- but it soon becomes apparent that nothing about the incident is as it seems.

Written with great verve and insight, The Port Fairy Murders is a superb psychological study, as well as a riveting historical whodunit.

Robert Gott was born in the small Queensland town of Maryborough in 1957, and lives in Melbourne. He has published many books for children, and is also the creator of the newspaper cartoon The Adventures of Naked Man. He is also the author of the William Power trilogy of crime-caper novels set in 1940s Australia: Good Murder, A Thing of Blood, and Amongst the Dead.
Loading...
or support indie stores by buying on