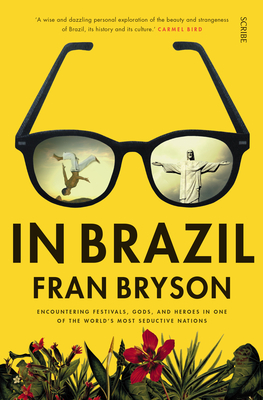 In Brazil, you can commune with spirits and dance with gods. In Brazil, you can learn a lot about life's possibilities. Seven years of travel in Brazil saw Fran Bryson's fascination with the country develop into something of an obsession with its culture, religions, and history. During many journeys from her island home in Australia, she explored the country: from the glittering modern city of Brasilia to small, deeply religious towns; from the inner reaches of the Amazon jungle to the vibrant backlands -- home to outcasts and the possessed -- and finally to the sweat-drenched streets of Rio during Carnaval. Lyrical and mesmerising, In Brazil is Fran's account of her experiences travelling through one of the world's most colourful and contradictory nations and, in doing so, making sense of the world around them.

Fran Bryson is a travel writer and a former literary agent. She lives on Flinders Island, largest of the Furneaux islands, in the treacherous waters of Bass Strait, in south-eastern Australia. In the course of researching In Brazil, Fran took psychedelic drugs in the middle of the Amazon, sought out ancient and modern-day religious cults, and performed with a dance school as part of Carnaval in Rio.
Loading...
or support indie stores by buying on