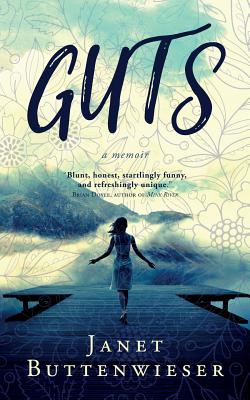 At age 24, Janet Buttenwieser moved to Seattle with a r sum devoted to public service and fantasies of single-handedly ending poverty. But within a year she'd developed an intestinal illness so rare she wound up in a medical journal. Janet navigated misdiagnosis, multiple surgeries, and life with a permanent colostomy. Like many female patients her concerns were glossed over by doctors. She was young and insecure, major liabilities in her life as a patient. How would she advocate for low-income people when she couldn't even advocate for herself?

Janet's model for assertiveness was her friend Beth. She was the kind of friend who'd accompany you to the doctor when you got dysentery in Ecuador, nonchalantly translating the graphic details of your symptoms into Spanish. Throughout Janet's illness Beth took care of her; then she developed brain cancer and their roles reversed. Eventually Janet recovered, but Beth's condition worsened. At the age of 38, Beth died. To cope, Janet competed in endurance events, becoming a triathlete with a colostomy pouch.

With themes that echo Susannah Cahalan's Brain on Fire and Gail Caldwell's Let's Take the Long Way Home, GUTS is a story of resilience for the millions of Americans who manage to thrive while living with a chronic condition, as well as the many who've lost a loved one at a young age.