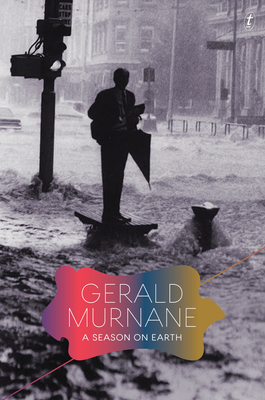 A Season on Earth (Hardcover)

Lost to the world for more than four decades, A Season on Earth is the essential link between two acknowledged masterpieces by Gerald Murnane: his debut novel, Tamarisk Row, a lyrical account of boyhood, and the revolutionary prose of The Plains.

Gerald Murnane was born in Melbourne in 1939. He has been a primary teacher, an editor and a university lecturer. His debut novel, Tamarisk Row (1974), was followed by eleven other works of fiction, including The Plains, A Million Windows and, most recently, Border Districts [shortlisted for the Miles Franklin Award]. In 1999 Murnane won the Patrick White Award and in 2009 he won the Melbourne Prize for Literature. He lives in western Victoria.
or
Buy Here
Copyright © 2020 American Booksellers Association