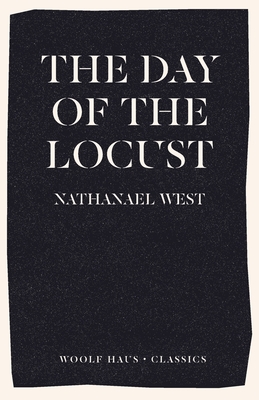 The Day of the Locust

"A horselaugh at a world that is too ugly and bitter to be dealt with in any other way." -The New York Times

Widely regarded as one of the best English-language novels of the twentieth century, The Day of the Locust is about Hollywood and its corrupting touch - about the American dream turned into a sun-drenched California nightmare.

Nathanael West's Hollywood is not the glamorous "home of the stars" but a seedy world of little people, all twisted by their own desires - from the ironically romantic artist narrator, to the hard-as-nails call girl would-be-star whom they all lust after. An unforgettable portrayal of a world that mocks the real and rewards the sham, turns its back on love to plunge into empty sex, and breeds a savage violence that is its own undoing.

Admired by F. Scott Fitzgerald, John Fante, Bob Dylan, Dorothy Parker, Harold Bloom, and Dashiell Hammett, and hailed as one of the "Best 100 English-language novels" by Time magazine, The Day of the Locust stands as a classic indictment of American life.

"Los Angeles has been the subject of, and setting for, many fine novels yet The Day of the Locust still feels like the single best-achieved piece of fiction the city has inspired." -The Los Angeles Times

"By applying the magpie aesthetics of Surrealism and T.S. Eliot to the 'American Grain, ' by delving into the popular culture and emerging not with surrender or refusal but a razor-cool critique, West became the great precursor to Heller, Pynchon, Philip K. Dick, George Saunders, and so much else." -Jonathan Lethem

" West's] novels say more about the way we live now - and the things that brought us to our present pass - than any other work of fiction I can think of." - The New Yorker

Nathanael West published four novels during the thirty-six years of his life. The first, The Dream Life of Balso Snell, an experimental work written in the 1920s, was well-received but sales were poor. The second, the brilliant Miss Lonelyhearts, was published in 1933, a few months before his publisher went bankrupt. The third, A Cool Million, vanished into the depths of the Depression. It was at this point that West went to Hollywood to earn his living as a scriptwriter. From his Hollywood experience came The Day of the Locust. Publishing in 1939, the novel received very little recognition. The following year, on December 22nd, the day after his neighbour F. Scott Fitzgerald died of a heart attack, Nathanael West and his wife were killed in a California highway accident. Since his death, West has come to be recognised as one of the finest novelists, and The Day of the Locust has taken its place as a masterpiece.