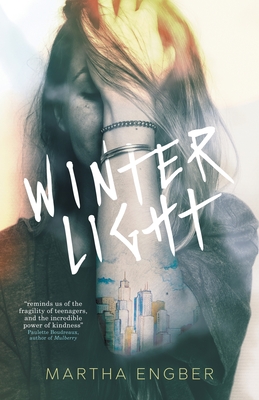 Fifteen-year-old Mary Donahue of suburban Chicago is a kid on the cusp of failure during the brutal blizzard winter of 1978-79, the end of a hard luck, hard rock era sunk in the cynical aftermath of the Vietnam War.

Though a smart, beautiful kid, she's a motherless girl raised by an uneducated, alcoholic father within an extended family of alcoholics and addicts. Aware that she's sinking, she's desperate to save herself and so reaches out to an unlikely source, Kathleen, a nice, normal kid from English class.

But when the real storm hits, the full force of a harsh adult world almost buries Mary. Only then does she learn that the only difference between life and death is knowing when to grasp an extended hand.