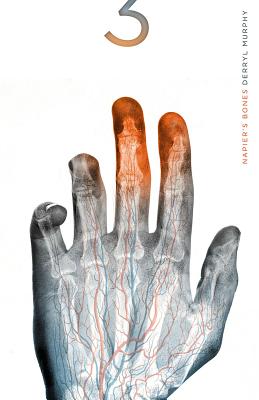 What if, in a world where mathematics could be magic, the thing you desired most was also trying to kill you?

Dom is a numerate, someone able to see and control numbers and use them as a form of magic. While seeking a mathematical item of immense power that has only been whispered about, it all goes south for Dom, and he finds himself on the run across three countries on two continents, with two unlikely companions in tow and a numerate of unfathomable strength hot on his tail. Along the way are giant creatures of stone and earth, statues come alive, numerical wonders cast over hundreds of years, and the very real possibility that he won't make it out of this alive. And both of his companions have secrets so deep that even they aren't aware of them, and one of those secrets could make for a seismic shift in how Dom and all other numerates see and interact with the world.

Derryl Murphy's stories have appeared in a variety of magazines and anthologies over the years. He is also the author of the ecological science fiction collection Wasps at the Speed of Sound and, with co-author William Shunn, of the ghost story Cast a Cold Eye. He has been nominated three times for Canada's Aurora Award, and anticipates that someday he'll be nominated and lose again. He lives on the Canadian Prairies with his wife, two sons, and dog, and vaguely remembers the day when he thought this whole writing thing would be glamourous.
or
Not Currently Available for Direct Purchase
Copyright © 2020 American Booksellers Association