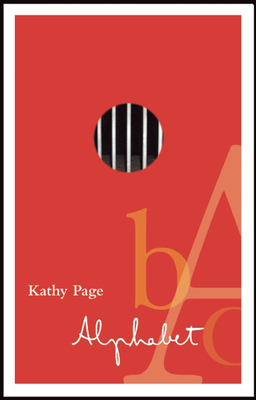 “This brutal novel of a young murderer's imprisonment, his attempt at rehabilitation, and his struggles to remain feeling like a human while caged like an animal is jarring. Page is an amazingly talented writer and her unflinching look at what makes us human and what we deserve in life will be relevant for ages.”
— Liberty Hardy, RiverRun Bookstore, Portsmouth, NH
View the List

"Simply an epiphany."--Kirkus, starred review Simon Austen has the names people have called him tattooed all over his body. Waste of Space. Bastard. A Threat to Women. Murderer. Facing a lifetime behind bars and subjected to new therapies for sexual reprogramming, Simon finds himself plunged into a terrifying process of self-reconstruction. But how much, in the end, can a man really change? Darkly compelling and deeply moving, Alphabet is a psychological exploration of one man's uncertain and often-harrowing journey towards rehabilitation. "Intense, revealing, challenging and above all riveting ... I kept saying to myself, how could she know this?"--Erwin James, convicted murderer, author of A Life Inside: A Prisoner's Notebook "Sometimes novelists go too far--and sometimes they manage to demonstrate that too far is the place they needed to go."--Time Out UK Praise for Kathy Page "Her unforgettable prose is moody, shape-shifting, provocative and always as compelling as a strong light at the end of a road you hesitate to walk down...but will."-- Amy Bloom, author of Where the God of Love Hangs Out "Marvellously well-crafted ... I can't remember the last time I was so compelled, impressed and unsettled by the emotional world of a novel."-- Sarah Waters, author of Tipping the Velvet

Kathy Page is the author of seven novels, including The Story of My Face (longlisted for the Orange Prize in 2002), and The Find (shorlisted for the ReLit Award in 2011), as well as many short stories, previously collected in As In Music and Paradise & Elsewhere (Biblioasis 2013). She recently co-edited In the Flesh (2012), a collection of personal essays about the human body, and has written for television and radio. Born in the UK, Kathy has lived on Salt Spring Island since 2001.
Loading...
or
Not Currently Available for Direct Purchase