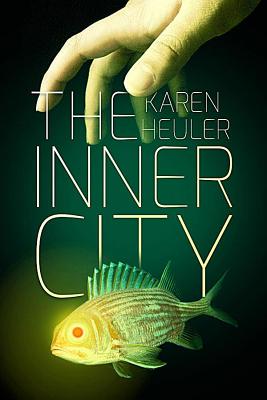 Heuler's stories dart out at what the world is doing and centre on how the individual copes with it. Anything is possible: people breed dogs with humans to create a servant class; beneath one great city lies another city, running it surreptitiously; an employee finds that her hair has been stolen by someone intent on getting her job; strange fish fall from trees and birds talk too much; a boy tries to figure out what he can get when the Rapture leaves good stuff behind. Everything is familiar; everything is different. Behind it all, is there some strange kind of design or merely just the chance to adapt? In Heuler's stories, characters cope with the strange without thinking it's strange, sometimes invested in what's going on, sometimes trapped by it, but always finding their own way in.

Karen Heuler's stories have appeared in over sixty literary and speculative journals and anthologies, including several "Best of" collections. She's published a short-story collection and three novels, and won an O. Henry award in 1998.
Loading...
or
Not Currently Available for Direct Purchase