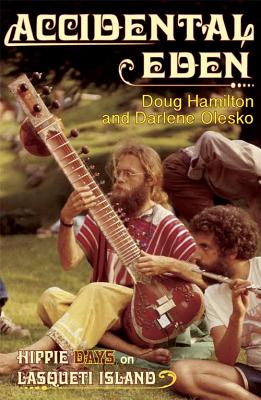 Lasqueti Island has a rowdy and divided reputation. Between the 1970s and early ?80s, the island attracted a flood of counter-culture seekers - communards, hippies, utopians, revolutionaries and other exotic characters looking for an alternative lifestyle. Today many perceive it as a romantic fantasy: an existence of bucolic peace, surrounded by isolation and wild nature, a great place to bring up children and a grand place to grow old. Yet many others would disagree, believing these islanders to be "inbred hermits," unfettered by social niceties or the rule of the law. Many consider them troglodytes who hide out from authorities, grow or brew drugs and vandalize what they can for pure amusement. Regardless of its reputation, Lasqueti Island is one of the least populated and least known of Canada's Gulf Islands. ACCIDENTAL EDEN explores both its eccentric days and its political accomplishments. The Islanders' efforts to convince BC Hydro to re-route the Cheekeye-Dunsmuir powerline around, rather than over, the island was an outstanding accomplishment, changing the way BC Hydro managed its power delivery into rural areas. These stories are a unique collection of unusual tales, hippy communes, curious characters and, whether perceived as good or bad, an irreplaceable era in British Columbia's history.

Douglas L. Hamilton was born in Washington DC, and received an MA in history from the University of California, Riverside. Inspired after a brief vacation to British Columbia in the early 1970s, he moved to Lasqueti Island where he built a squatter's shack made of driftwood on an isolated beach. Soon after, he became interested in writing history pieces for magazines, and his stories have appeared in PACIFIC YACHTING, RAINCOAST CHRONICLES, CANADIAN WEST and TRUE WEST. His book SOBERINGDILEMMA: A HISTORY OF PROHIBITION IN BRITISH COLUMBIA was published by Ronsdale Press in 2004. Hamilton now lives on his property on Lasqueti Island, with his partner, her harpsichord, three cows and a flock of chickens. Darlene K. Olesko was born in Portland, Oregon, but was drawn to Lasqueti Island during the "back to the land" movement in 1971. She has many creative outlets, including music, writing, painting and building stuff. Darlene represented Lasqueti Island with an article and map in ISLANDS IN THE SALISH SEA and co-authored and illustrated the first LASQUETI ISLAND COOKBOOK. She continues to live on Lasqueti Island at the very end of Spinster Flats Road (where the ditch is washed out) and enjoys her grandsons' company, snow sports, travelling, kayaking, biking and endless manual labor on her sixteen acres.

“Douglas Hamilton and Darlene Olesko have given us another great history…about the exceptional collection of gifted, idealistic, stoic, and profoundly eccentric refugees, drifters, misfits, and outlaws who washed up in the middle of the Strait of Georgia, on Lasqueti Island, in these years.” — BC Studies
or
Not Currently Available for Direct Purchase
Copyright © 2020 American Booksellers Association