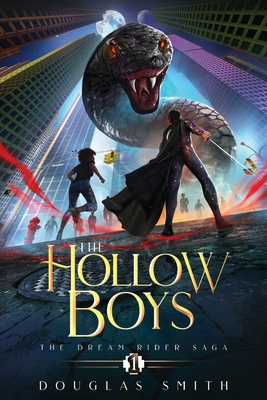 Vanishing street kids. An ancient evil. The end of the world. Our only hope? A hero who can't leave home.

At seventeen, Will Dreycott is a superhero...in his dreams. And in yours.

Eight years ago, Will's parents, shady dealers in ancient artifacts, disappeared on a jungle expedition. Will, the sole survivor, returned home with no memory of what happened, bringing a gift...and a curse.

The gift? Will can walk in our dreams. At night in Dream, Will hunts for criminals-and his parents. During the day, his Dream Rider comic, about a superhero no one knows is real, has made Will rich.

The curse? Severe agoraphobia. Will can't go outside. So he makes his home a skyscraper with everything he needs in life-everything but the freedom to walk the streets of his city.

Case, an orphan Will's age, survives on those streets with her younger brother, Fader. Survives because she too has a gift. She hears voices warning her of danger. And Fader? Well, he fades.

When street kids start vanishing, the Dream Rider joins the hunt. Will's search becomes personal when Case breaks into his tower to escape her own abduction. Fader isn't so lucky.

As Will and Case search for Fader and the missing kids, an unlikely romance grows between the boy with everything and the girl with nothing except the freedom Will longs for.

But as they push deeper into the mystery, they confront an ancient power feeding on these forgotten kids to restore itself. And once restored, no one in the world will be safe.

To defeat this creature, Will must do the impossible.

"The man is Sturgeon good. Zelazny good. I don't give those up easy." -Spider Robinson, Hugo and Nebula Awards winner

"His stories are a treasure trove of riches that will touch your heart while making you think." -Robert J. Sawyer, Hugo and Nebula Awards winner