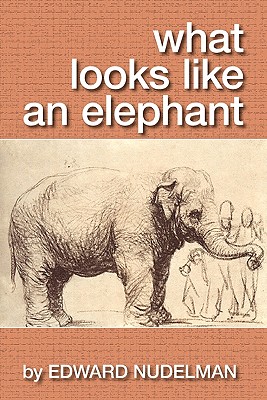 The book contains over 80 poems dealing with ambiguities and paradoxes in experience, especially how impressions of certainty and doubt affect everyday life. Ed Nudelman (author) has tried to call on influences in his vocation (he's a cancer research scientist in his other life) as well as child and adolescent memories, and hopefully mixed in some humor and poetic metaphor.

Edward Nudelman's first book of poetry, "Night Fires," was a semifinalist for the Journal Award ("The Wheeler Prize) given by OSU Press in 2009. "Night Fires" was published by Pudding House Publications in 2009. "Casting the Nines," an anthology of nine poets with nine poems (PHP, 2009) honored Nudelman as one of nine selected poets contributing poems. He received a Pushcart Nomination in 2009. Some of his poems have been recently published in Chiron Review, Poets and Artists (Oranges and Sardines), Ampersand, Syntax, The Atlanta Review, OCHO, Mipoesias, Plainsongs, Tears in the Fence, fourW, Floating Bridge Press, The Orange Room Review, The Penwood Review, The White Leaf Review, Adagio Verse Quarterly, and others. Nudelman is a noted cancer research biologist with over 60 published papers in top-tier journals. He has published two widely read books on an American illustrator, Jessie Willcox Smith (Pelican Publishing, 1989, 1990). A native of Seattle, Nudelman is currently working and living just north of Boston with his wife, Susan, and their Golden Retriever, Sofie.
Loading...
or support indie stores by buying on