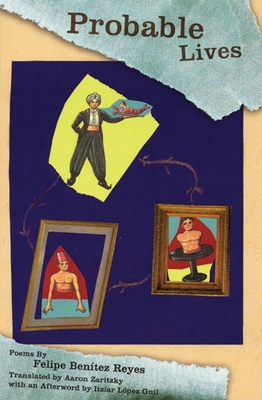 The writing of Felipe Ben tez Reyes, a significant contributor to the Spanish Postmodern esthetic, speaks to issues of voice, persona, and the possibilities of fiction. Probable Lives won the 1996 National Book Award in Spain, the 1996 National Critics' Award in Spain, and the City of Melilla International Prize. A book of heteronyms, the character-poets in Probable Lives read as forgotten or unknown twentieth-century authors, all "rediscovered" and compiled by an anthologist who is also the creation of Reyes. Probable Lives tweaks the notion of identity in ways that are both engaging and downright funny.