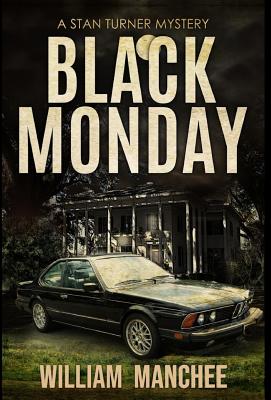 One of Stan's clients, a widow, is found murdered in her home along with eleven of the twelve dogs that were living with her. When Stan reviews the old woman's will, he discovers she has appointed him executor of her estate and that her beneficiary is the SPCA. He could kick himself for agreeing to be the executor of Lottie West's estate and has no desire to act in that capacity since he's already in the middle of a high profile murder case, but there is nobody else to do it so he accepts the job and starts to dig into her affairs. Although she is living like a pauper, Stan finds an ice chest full of gold and silver coins under her house. This piques his interest in this mysterious woman and he set out to find out who she is and why she was murdered.

In the course of the investigation, Stan discovers that the woman's dead husband was a lieutenant in the U.S. Army during World War II who apparently stole priceless art treasures that were entrusted to his care during the Allied occupation of Germany at the end of the war. Further investigation reveals that the stolen art is the famous Ludinburg Collection, a collection that includes a 9th-century version of the Four Gospels, the Reliquary, and other gifts from kings and emperors who ruled numerous German states in the 9th and 10th century. With this knowledge, Stan is determined not only to bring the woman's killer to justice but to find the famous Ludinburg collection that has been missing for over 40 years.

Stan teams up with Detective Bingo Besch of the Dallas Police Department to search for clues as to Lottie's murderer and the whereabouts of the famous art collection. While interviewing legitimate art dealers in Dallas, Stan finds an entry into the art underworld where he learns two pieces in the collections have already been sold. But the dealers involved claim most of the collection remains intact and is hidden somewhere in North Texas. As Stan continues to search for the Ludinburg collection, so does Lottie's murderer and it's only a matter of time until their paths cross.
While Stan is chasing down Lottie West's killer and looking for the Ludinburg Collection, he and his partner Paula Waters are also in the midst of the defending Jimmy Bennett accused of the murder of his father-in-law, the Chairman of Metroplex Savings and Loan. To further complicate matters Stan is drawn into a turf fight between the FBI and CIA involving the Iran-Contra Scandal and digs up information that could get him killed.