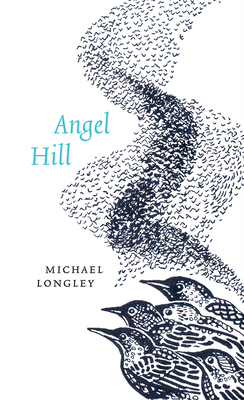 A remote townland in County Mayo, Carrigskeewaun has been for nearly fifty years Michael Longley’s home-from-home, his soul-landscape. Its lakes and mountains, wild animals and flowers, its moody seas and skies have for decades lit up his poetry. Now they overflow into Angel Hill, his exuberant new collection. In addition, Longley has been exploring Lochalsh in the Western Highlands where his daughter the painter Sarah Longley now lives with her family. She has opened up for him her own soul-landscape with its peculiar shapes and intense colors. In Angel Hill the imaginations of poet and painter intermingle and two exacting wildernesses productively overlap. Love poems and elegies and heart-rending reflections on the Great War and the Northern Irish Troubles add further weight to Michael Longley’s outstanding eleventh collection. Angel Hill will undoubtedly delight this great poet’s many admirers.

Michael Longley was born in Belfast, Northern Ireland, in 1939. He was educated at the Royal Belfast Academical Institution and studied Classics at Trinity College. Strongly influenced by the classics, he has alluded to his love of Homer in many of his poems. He has received numerous other awards for his work, including the American Irish Foundation Award, the T. S. Eliot Poetry Prize, the Whitbread Prize, the Hawthornden Prize, the International Griffin Poetry Prize, and the Ulster Tatler Lifetime Achievement Award in 2015.
Loading...
or
Not Currently Available for Direct Purchase