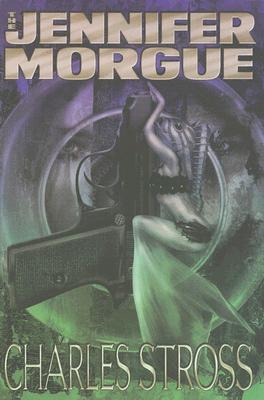 Bob Howarda T-shirtwearing computer geek and field agent for the super-secret British government agency The Laundrymust save the world from eldritch horrors, codenamed Jennifer Morgue, in this fast-paced spy thriller. Bob's current mission is to stop the evil Ellis Billington from achieving world domination, but he must overcome obstacles including the Gravedust device, which permits communication with the dead; destiny-entanglement protocol; banishment weapons; and Ramona Random, a lethal but beautiful agent for the U.S. counterpart to The Laundry. Billington plans to raise the eldritch horror Jennifer Morgue from the vasty deeps, and communicate with a dead warrior for the purpose of ruling the world. Blending physics and applied mathematics with the practice of summoning and demonology, this spy-meets-horror novel will keep sci-fi fans on the edge of their seats. This volume also includes a bonus story, "Pimpf," featuring agent Bob Howard in the world of virtual gaming, as well as an afterword entitled "The Golden Age of Spying."


Praise For The Jennifer Morgue…

"If this keeps up, 'Strossian' is going to become a sci-fi adjective."  The Kansas City Star

Charles Stross is the author of "The Atrocity Archives," " The Family Trade," "The Hidden Family," the Manfred Macx series, and the Hugo Award-winning novella "The Concrete Jungle."
Loading...
or
Not Currently Available for Direct Purchase