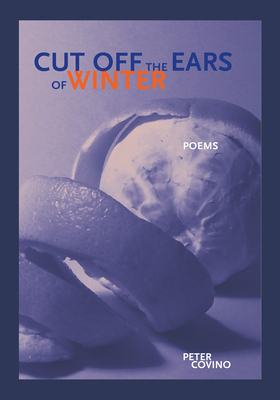 Cut Off the Ears of Winter

“Images of real and symbolic violence ricochet and reflect off each other in this elegant and disturbing collection. The poems chronicle, among other things, a history of childhood abuse and its after effects, but in a larger sense, they also explore through the lens of myth, art, religion, and popular culture, the underlying and often unacknowledged brutality beneath even mundane events.’’
—from the judges’ citation: PEN/Joyce Osterweil Award

Poet, translator, and editor PETER COVINO is Professor of English and Creative Writing at the University of Rhode Island. He is the winner of the 2007 PEN American/Osterweil Award for emerging poets and also the author of Cut Off the Ears of Winter (New Issues, 2005) and the chapbook Straight Boyfriend (2001), winner of the Frank O’Hara Poetry Prize. His co-edited volume, Essays on Italian American Literature and Culture recently appeared from Bordighera Press, CUNY (2012).
Loading...
or
Not Currently Available for Direct Purchase