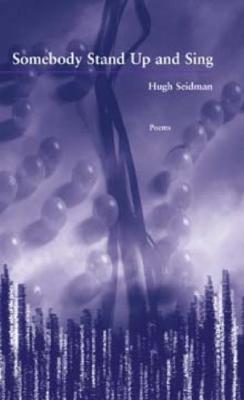 Somebody Stand Up and Sing

HUGH SEIDMAN was born in Brooklyn (NY). His books have won several awards including: The Green Rose Prize (Somebody Stand Up and Sing), the Yale Younger Poets Prize (Collecting Evidence), and the Camden Poetry Award (People Live, They Have Lives). His Selected Poems: 1965-1995 received a 1995 Critics' Choice "Best Books" citation and was chosen as one of the "25 Favorite Books of 1995" by The Village Voice. He has also won three New York State poetry grants (NYFA and CAPS) and three National Endowment for the Arts (NEA) fellowships. Seidman has taught writing at the University of Wisconsin, Yale University, Columbia University, the College of William and Mary, and the New School University– among other institutions.
Loading...
or
Not Currently Available for Direct Purchase