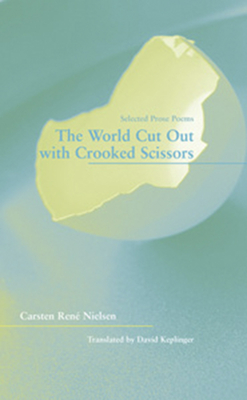 The World Cut Out with Crooked Scissors

Born in 1966, Nielsen works as a full time writer in Aarhus, the second largest Danish city, an academic and cultural center located on the peninsula of Jutland. Aarhus is also the home of the Grauballe Man, a bog man 2000 years old and displayed year round at Moesgaard Museum in a wooded area south of the city. This man, his cut open throat, his fractured shin, his beard stubble, his skin—even his fingerprints—preserved by the tannins of the bog, though flattened by its tremendous weight, lies displayed under glass, a ghastly testament to our common tribal past. I find in Nielsen’s poems a similar spectacle—the little glass box of form, and, within, something old, nasty, fascinating, human.

Carsten René Nielsen is the author of eight books of poetry, most recently Forty-One Animals (2005), which won him critical acclaim throughout his native Denmark. Recent collections include Circles (1998) and Clairobscur (2001). His first book, Mechanic Loves Machinist, was published in 1989, and was awarded the Michael Strunge Prize for Literature. He has won several fellowships from the Danish Council on the Arts. His poetry has been featured in magazines in Italy, Germany, Canada and the United States. Nielsen lives in Aarhus.
Loading...
or
Not Currently Available for Direct Purchase