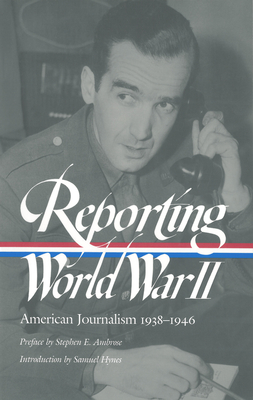 Drawn from wartime newspaper and magazine reports, radio transcripts, and books, Reporting World War II captures the unfolding drama through the work of more than 50 writers, the best of a remarkable generation of reporters. Here are William L. Shirer and Howard K. Smith inside Nazi Germany; A J. Liebling on the fall of France and the Tunisian campaign; Edward R. Murrow on the London Blitz and Buchenwald; Ernie Pyle on the war in the foxholes. Margaret Bourke-White flies over the lines in Italy; Robert Sherrod and Tom Lea record the horrors of the Pacific war; Janet Flanner and Martha Gellhorn examine a defeated Germany. On the homefront, E. B. White visits a bond rally, James Agee reviews newsreels, and Roi Ottley exposes racism in the military. Included in full is Hiroshima, John Hersey's classic account of the first atomic bombing and its aftermath.