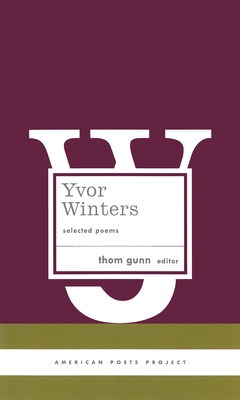 A “maverick’s maverick,” Yvor Winters chose a poetic path that led him away from the free-verse fashions of his time to champion traditional literary form. This new selection, edited by his former student Thom Gunn, presents all of the essential poems of Winters’ idiosyncratic career, from his early Imagist experiments to his final meditative masterpieces. Rigorous, impassioned, and austere, these poems offer vivid proof that, as Gunn puts it, “The life of poetry is not just contained but is defined by its form.”

“It is just Winters’s brand of seriousness and his emphasis on logic and reason in poetry that contemporary verse sorely wants.” —David Yezzi, The New Criterion

Thom Gunn (1929–2004) studied with Yvor Winters at Stanford University and was a senior lecturer at the University of California at Berkeley. He published more than 30 books of poetry in the United States and Britain, including Collected Poems (1994) and Boss Cupid (2000).
Loading...
or
Not Currently Available for Direct Purchase