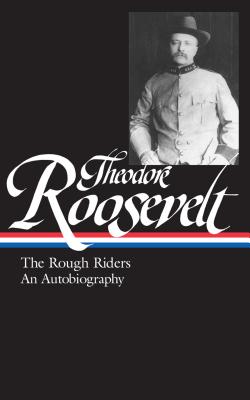 Reformer, rancher, conservationist, hunter, historian, police commissioner, soldier, the youngest man ever to serve as President of the United States—no other American public figure has led as vigorous and varied a life as Theodore Roosevelt. This Library of America volume brings together two of his most memorable autobiographical works.

The Rough Riders (1899) is the story of the First U.S. Volunteer Cavalry, the regiment Roosevelt led to enduring fame during the Spanish-American War. With his characteristic élan he recounts how the regiment was raised from an unusual mixture of privileged Northeastern college men and hardened Southwestern frontiersmen—“these grim hunters of the mountains, these wild rough riders of the plains”—and how it trained in Texas and then “sailed southward through the tropic seas toward the unknown.” Writing at the time when war could still be seen as a romantic adventure, Roosevelt vividly describes the confusion of fighting in the jungle; the heat, hunger, rain, mud, and malaria of the Cuban campaign; and his “crowded hour” of triumph on the San Juan Heights during the Battle of Santiago.

In An Autobiography (1913), Roosevelt recalls his lifelong fascination with natural history, his love of hunting and the outdoors, and his adventures as a cattleman in the Dakota Badlands, as well as his career in politics as a state legislator, civil service reformer, New York police commissioner, assistant secretary of the navy, governor of New York, and president. Roosevelt writes of his battles against corruption, his efforts to establish America as a world power, his passionate commitment to conservation, and his growing conviction that only a strong national government and an energetic presidency could protect the public against the rapacious greed of modern corporations. Combining vivid and amusing anecdotes with clear and eloquent statements of progressive principles, An Autobiography is a classic American memoir.

Theodore Roosevelt (1858-1919) was the 26th president of the United States, the youngest man ever to serve in the office. In his vigorous and varied life he was also a reformer, rancher, conservationist, hunter, prolific historian, police commissioner, soldier, and the 33rd governor of New York.

Louis Auchincloss (1917-2010) was the author of more than 50 works of fiction, literary criticism, biography, and history.
Loading...
or
Not Currently Available for Direct Purchase