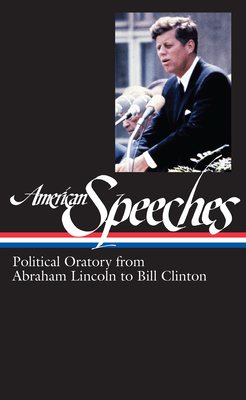 The history of American oratory exhibits, in the words of William F. Buckley, “powerful ignition points for hot flashes of indignation, contempt, rage, veneration and yearning.” This volume (the second of an unprecedented two-volume collection) gathers the unabridged texts of 83 eloquent and dramatic speeches delivered by 45 American public figures between 1865 and 1997, beginning with Abraham Lincoln’s last speech on Reconstruction and ending with Bill Clinton’s heartfelt tribute to the Little Rock Nine. During this period American political oratory continued to evolve, as a more conversational style, influenced by the intimacy of radio and television, emerged alongside traditional forms of rhetoric.

Each volume contains biographical and explanatory notes, and an index

“It’s nice to be reminded that American politics has arguably the richest oratorical tradition in the history of Western tradition.” — Los Angeles Times