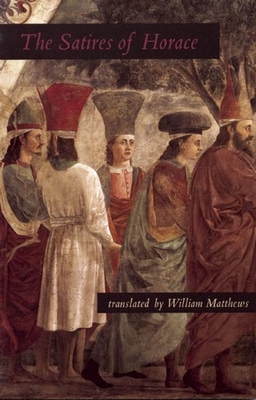 The Satires of Horace

The poet William Matthews' lively, earthy, humorous translations of Horace's classic work. This is the last work Matthews completed before his death in 1997. Stanley Plumly has commented that Horace's words, in Mattthews' hands, become alive, just-written, and immortal again because the are so new.

William Matthews was born in Cincinnati in 1942, and educated at Yale and the University of North Carolina. He published eleven books of poetry and received many prizes and awards, including the National Book Critics Circle Award for Time & Money (1996). Matthews taught at the City University of New York until his death in 1997.
Loading...
or support indie stores by buying on