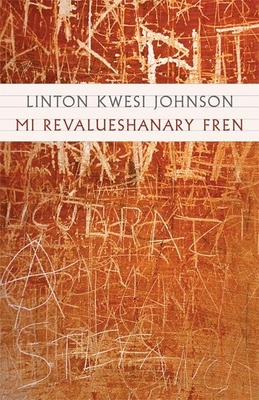 "Few poets of the last thirty years have approached his diversity of formal innovations; few have communicated so intensively via performances and recordings, as often as not with integral musical settings; and few have proved so effective politically... a living modern classic for real." --London Magazine

"You can just hear the reggae drumbeat as his verse vacillates among fire, anger, fear, profound loss, and victory." --Savoy Magazine, January 2007

"The man writes some of the most moving poetry to be found in popular music.--David Bowie in Vanity Fair

"His observations are the rich fruits of both a lyrical childhood on a Jamaican farm, and his bottled anger on the streets of London. During his teenage years in Brixton, Johnson witnessed serial episodes of racial abuse and joined the Black Panthers movement in protest. There, he learned his history and culture, but found his own outlet."--Caroline Frost, BBC Four

Linton Kwesi Johnson is the most influential black poet in Britain. The author of five previous collections of poetry and numerous record albums, he is known worldwide for his fusion of lyrical verse and reggae. Much of his work is written in the street Creole of the Caribbean communities in which he grew up in England. Mi Revalueshanary Fren includes all of his best-known poems, which concern racism and politics, personal experience, philosophy, and the art of music, among other things.

The author of five previous collections of poetry and numerous record albums that have sold millions of copies, he is known world-wide for his fusion of lyrical verse and reggae (dub). He is only the second living poet to be published in Penguin's distinguished Modern Classics series.
Loading...
or
Not Currently Available for Direct Purchase