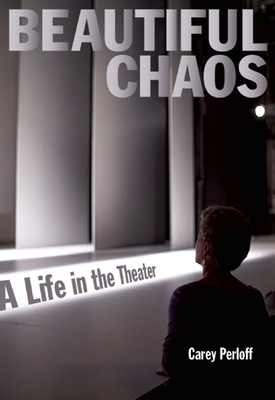 A Life in the Theater

Beautiful Chaos is an extraordinary journey of Carey Perloff and her theatre, ACT. Their continued evolution and ability to define and re-define themselves with courage, tenacity, and bravery allow them to confront what seem like insurmountable odds. This continues to shape and inspire Carey and those who work with her.--Olympia Dukakis, Academy Award-winning actress Carey Perloff's lively, outspoken memoir of adventures in running and directing theatre will be a key document in the story of playmaking in America.--Tom Stoppard, Playwright Carey Perloff, quite literally, raised a vibrant new theater from the rubble of an old one. This refreshingly honest account of her triumphs and misfires over the past two decades is both a fascinating read and an invaluable handbook for anyone attempting such a labor of love.--Armistead Maupin, author of Tales of the City Carey Perloff's marvel of a book is part memoir of a working mother, a passionate artist, a woman flourishing in a male-dominated craft- and part lavish love letter to theater. It is as lively, thoughtful, and insightful an account I have ever read about the art form. This one is for any person who has ever sat in the dark and been spellbound by the transformative power of theater.--Khaled Hosseini, author of The Kite Runner Carey Perloff is a veteran of the regional theatre wars. Beautiful Chaos is her vivacious account of her ambitious work commanding San Francisco's American Conservatory Theatre (ACT). The book exudes Perloff's trademark brio: smart, outspoken, full of fun and ferment.--John Lahr, author of Tennessee Williams: Mad Pilgrimage of the Flesh This is an engaged, engaging, deeply intelligent, and passionate account of why the theatre matters and how it works in a city and in a society. It is also a fascinating and essential chapter in the history of San Francisco itself, as well as the story of a committed theatre artist's determination and vision.--Colm Toibin, author of Nora Webster Carey Perloff, Artistic Director of San Francisco's legendary American Conservatory Theater, pens a lively and revealing memoir of her twenty-plus years at the helm and delivers a provocative and impassioned manifesto for the role of live theater in today's technology-infused world. Perloff's personal and professional journey--her life as a woman in a male-dominated profession, as a wife and mother, a playwright, director, producer, arts advocate, and citizen in a city erupting with enormous change--is a compelling, entertaining story for anyone interested in how theater gets made. She offers a behind-the-scenes perspective, including her intimate working experiences with well-known actors, directors, and writers, including Tom Stoppard, Harold Pinter, Robert Wilson, David Strathairn, and Olympia Dukakis. Whether reminiscing about her turbulent first years as a young woman taking over an insolvent theater in crisis and transforming it into a thriving, world-class performance space, or ruminating on the potential for its future, Perloff takes on critical questions about arts education, cultural literacy, gender disparity, leadership, and power. Carey Perloff is an award-winning playwright, theater director, and the artistic director of the American Conservatory Theater of San Francisco since 1992.

Carey Perloff is an award-winning playwright, theater director, and the Artistic Director of the American Conservatory Theater of San Francisco since 1992. She also teaches and directs in the A.C.T. Master of Fine Arts Program. Perloff is a recipient of France's Chevalier de l'Ordre des Arts et des Lettres and the National Corporate Theatre Fund's 2009 Artistic Achievement Award. In 2011 Perloff won the Blanche and Irving Laurie Theater Visions Award for her play HIGHER.
Loading...
or support indie stores by buying on