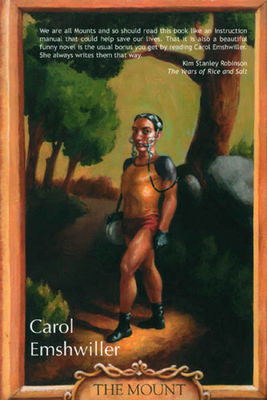 Charley is an athlete. He wants to grow up to be the fastest runner in the world, like his father. He wants to be painted crossing the finishing line, in his racing silks, with a medal around his neck. Charley lives in a stable. He isn't a runner, he's a mount. He belongs to a Hoot: The Hoots are alien invaders. Charley hasn't seen his mother for years, and his father is hiding out in the mountains somewhere, with the other Free Humans. The Hoots own the world, but the humans want it back. Charley knows how to be a good mount, but now he's going to have to learn how to be a human being.

Carol Emshwiller is the author of six novels including Carmen Dog, Ledoyt, Mister Boots, The Secret City, and Leaping Man Hill, as well as collections of short fiction: Joy in Our Cause, Verging on the Pertinent, The Start of the End of It All, Report to the Men's Club, I Live with You, Master of the Road to Nowhere, and two volumes of Collected Stories. She grew up in Michigan and France. She lives in New York City.
Loading...
or
Not Currently Available for Direct Purchase