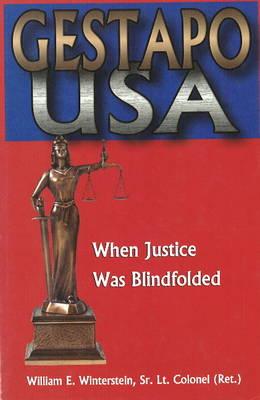 When Justice Was Blindfolded

This book is a relentless effort by a former military officer and member of the Apollo team to restore historical truth. The history books say that Russian and American scientists deserve the kudos for developing the technology that launched the first satellite and put man on the moon. It chronicles the untold story of the German rocket scientists who came to the U.S. after World War II and lays out convincing evidence that early U.S. space history, as it has been written, is not the truth:.German rocket scientists could have launched an American satellite a year before Sputnik - but the government stopped the project..In 1946, the German rocket team had the knowledge to send a man to the moon within a decade, but President Kennedy announced in 1961 that we would develop the knowledge. .Federal investigators wrongly accused a member of the German team, Arthur Rudolph, of Nazi war crimes, and the government was guilty of gross misconduct in prosecuting him..The investigators claimed exemption from the Freedom of Information Act.

First-time author William E. Winterstein, Sr., a retired U.S. Army Lieutenant Colonel and internationally known rocket engineer, was a member of NASA's Apollo team that put a man on the moon in 1969. He worked closely with a team of 118 German rocket scientists headed by Dr. Werhner von Braun. Since the mid-1980's he has tried through administrative, legal, and political means to bring the truth to light.
Loading...
or
Not Currently Available for Direct Purchase