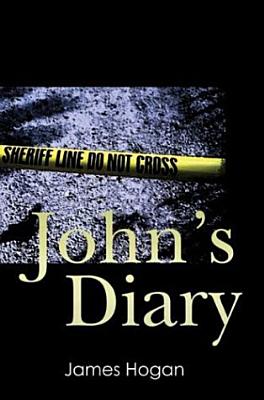 When Jason Hammerlick packs his bags and heads off to The University, little does he know he will soon be thrown into a dark world of death and intrigue. An innocent and naive recent high school graduate, Jason quickly becomes friends with the first group of students he meets, although he knows nothing about them. Almost immediately, the bodies start turning up: Jessica Ransom, Vance Johnson, Miles Johnson, Allen Portchester, and Celeste Riggins. Soon Jason is deeply involved in solving the mystery of what is happening on campus. Meanwhile, John Franco Battaglia is writing everything down in his diary. He has been there all along, and he is deeply involved, but he cannot tell anyone except his diary. Eventually, even he, too, is found dead, naked along the side of the road. John's Diary is an action-packed mystery loaded with memorable characters who are intrinsically involved in unpredictable ways. The tension in this story and its dramatic resolution make for engaging and pleasurable reading.

Jim Hogan often served as a point-man while in Vietnam with the 5th and 7th CAV until about Christmas of 1968.

Following his tour of duty, Jim and his cousins, Joe and Billy, ran a successful auto salvage yard in South Jersey prior to his retirement to the Jersey Shore.

Jim and his wife Donna, a retired RN, have been married for 46 yrs. and have four children. On a nice day Jim can often be found playing golf with his lifelong friends from his old neighborhood in Drexel Hill, PA.