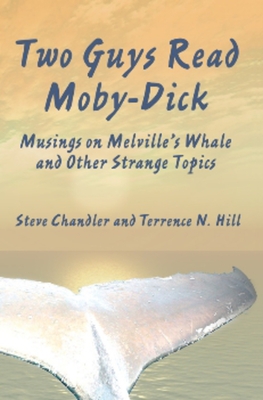 In 1960, two high school friends were assigned to read the Herman Melville novel Moby-Dick. Neither one of them read it. Four decades later, plagued by feelings of guilt at never having read The Great American Novel, the two friends grab for belated gusto. Over the six months of their reading odyssey, the authors wrote a series of letters and e-mails chronicling their experience and encouraging each other's progress. This body of correspondence is now a book. Actually, the reading of Moby-Dick is just a platform. And while it is the primary substance of the book, the writers do not worry themselves much about staying within subject matter boundaries. The letters also touch on: their fifty-year friendship, growing old, Alex Rodriguez, the War in Iraq, Bob Dylan, speculation on the chances of getting sick in Mexico, the true story of how Hemingway got to Sweden, the cause of nightmares, Bebe Rebozo, Vladimir Nabokov, redemption and death. TWO GUYS READ MOBY-DICK will have you laughing from start to finish, and pondering life's many mysteries, of course!

Chandler is a prolific author with over 20 books to his credit. He is a professional business coach and corporate trainer whose books have been translated into over 20 languages. His blog, iMindShift, is popular around the world and people can subscribe through his website at stevechandler.com. He lives with his musical wife Kathy who edits his books. A lifelong friend with Terry Hill, he enjoys creating TWO GUYS books out of their correspondence.
Loading...
or support indie stores by buying on