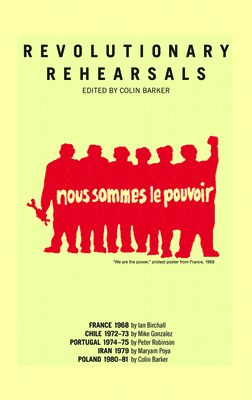 Five times in the last 40 years, the working class has posed a radical alternative to the status quo. France 1968: A general strike and factory occupations by millions of workers shake the country. Chile 1972: Workers defending the Popular Unity government set up workers' councils--the cordones--and demand control over production. Portugal 1974: Army officers overthrow the dictator Caetano and release an upsurge of popular power whichs last 18 months. Iran 1979: The viciously repressive Shah is toppled and workers set up independent councils, the shoras. Poland 1980: Demanding radical change, workers build the independent trade union Solidarity to fight for their own interests, exposing the false socialism of the Eastern Bloc. In each of these cases, the actions of workers themselves were the driving force of struggles with revolutionary potential. They demonstrate that workers can and will fight back on a mass scale. Each episode offers an inspiring glimpse of the way in which workers rise to the challenge of fighting for a better world--and pose their own alternative to the system. Although none of these struggles ultimately achieved their goals, they were revolutionary rehearsals that hold important lessons about the struggle for socialism under modern conditions.