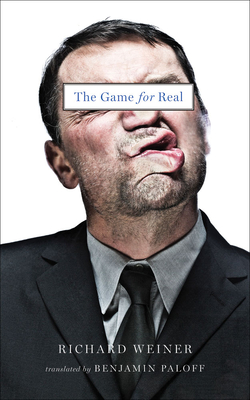 The Game for Real

Compared to Kafka and a member of the Surrealists, Richard Weiner is one of European literature's best-kept secrets. The Game for Real marks the long overdue arrival of his dreamlike, anxiety-ridden fiction into English. The book opens with The Game of Quartering, where an unnamed hero discovers his double. Surely, he reasons, if he has a double, then his double must also have a double too, and so on . . . What follows is a grotesquely hilarious, snowballing spree through Paris, where real-life landmarks disintegrate into theaters, puppet shows, and, ultimately, a funeral. Following this, The Game for the Honor of Payback neatly inverts things: instead of a branching, expanding adventure, a man known as "Shame" embarks on a quest that collapses inward. Slapped by someone he despises, he launches a doomed crusade to return the insult. As the stakes grow ever higher, it seems that Shame will stop at nothing -- even if he discovers he's chasing his own tail. Blending metaphysical questions with farcical humor, bizarre twists, and acute psychology, The Game for Real is a riveting exploration of who we are -- and why we can't be so sure we know.

Richard Weiner (1884-1937) is widely considered to be one of the most important Czech writers of the 20th century. The author of several works of poetry and prose, his writing was suppressed during the Communist period and only became recognized for its importance after 1989. Benjamin Paloff is a professor of Slavic languages and literatures at the University of Michigan. He is the translator of several works of prose and poetry and the author of a book of poetry, The Politics. He lives in Ann Arbor, MI.
Loading...
or support indie stores by buying on