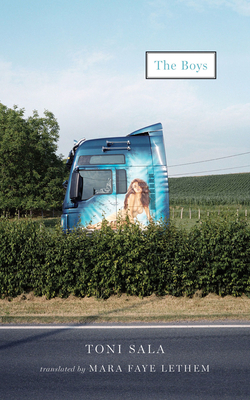 The once-bucolic Catalonian village of Vidreres has been ravaged by a harsh recession, and now two of its young men have died in a horrible car crash. As the town attends the funeral, a banker named Ernest heads to the tree where they died, trying to make sense of the tragedy. There he meets a brutish trucker, who in between Internet hookups and trips to prostitutes has taken a liking to Iona, the fianc e of one of the dead boys. Iona might be just what he needs to fix his tawdry life, but she's mixed up with an artist who makes frightening projects. Masterfully conjuring the voices of each of these four characters, Toni Sala entwines their lives and their feelings of guilt, fear, and rage over an unspeakable loss. Long known as one of Spain's most powerful authors, Toni Sala is at his mischievous best here, delivering a sinister, fast-moving tale laced with intricate meditations on everything from social networks to Spain's economic collapse to the mysterious end that awaits us all. The Boys is a startlingly honest vision of the things we'll do in order to feel a little less alone in this world.

Toni Sala is the author of over a dozen novels and works of nonfiction. In 2005 he was awarded the National Literature Prize by the Catalan government, and he has also received many other honors for his writing. He lives in Barcelona. Mara Faye Lethem's translations have appeared in The Best American Non-Required Reading, Granta, The Paris Review, Words Without Borders, and McSweeney's. She is the translator of Papers in the Wind by Eduardo Sacheri, Wonderful World by Javier Calvo, and others. She lives in Barcelona.
Loading...
or support indie stores by buying on