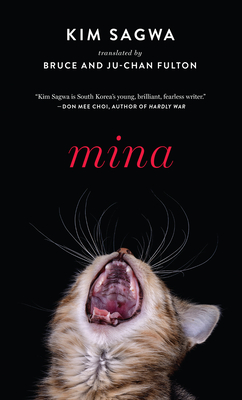 Kim Sagwa is one of South Korea's most acclaimed young writers. She is the author of several novels, story collections, and works of nonfiction, and has been shortlisted for several major South Korean awards, including the Munji Prize and the Young Writers Award. Kim contributes columns to two major Seoul newspapers, and she co-translated John Freeman's book How to Read a Novelist into Korean. She lives in New York City. Bruce Fulton and Ju-Chan Fulton have translated dozens of books together since 1985, including the award-winning women's anthology Words of Farewell: Stories by Korean Women Writers and the graphic novel Moss by Yoon Taeho, serialized at The Huffington Post. They have received numerous awards and fellowships, including two fellowships from the National Endowment for the Arts, the 4th Annual Chametzky Prize for Translation, given by The Massachusetts Review, and a residency at the Banff International Literary Translation Centre.
Loading...
or support indie stores by buying on