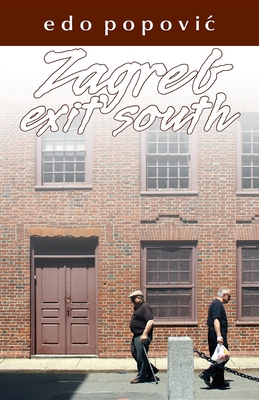 """"Zagreb, Exit South"" is a deep, melancholy book about the resignation of the 40 year old, about people who have given up on life, who can only exist on the street or in bars because they fear and dread going home to their high-rise caverns in New Zagreb where the rules of an allegedly organized world reign. But Popovic's characters have no patience with the lies of this world. They have no patience because they have neither homes nor a homeland: they have lost all their illusions. Popovic is simply the epitome of the urban writer. . . . The best narrator of his generation has achieved literary maturity and that is great news.'-Slobodan Novak

""Zagreb, Exit South"" masterfully illuminates the lives of diverse, colorful characters adrift in postwar Croatia. Through bleary, middle-aged eyes, stymied writer Baba takes readers on an amusing, thought-provoking ride as he circles the streets of Zagreb bemoaning the dying out of domestic beer, Kancheli's ridiculous musical lighter, and the fear of going home. His wife Vera, facing wrinkles and an alcoholic spouse, discovers that e-mail is cheaper than therapy as she reshapes her life. Reflective insight, biting humor, and life-changing experiences combine to revive hope in the shadows of Zagreb's city buildings.