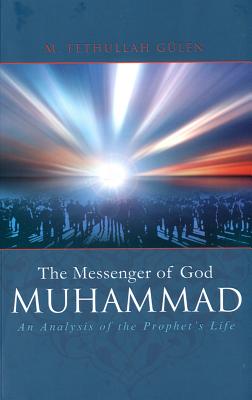 The Messenger of God Muhammad

An Analysis of the Prophet's Life

M Fethullah Gulen gives his unique interpretation of Prophet Muhammad, based on a lifetime of personal study and struggle to live up to the ideal standards realised by one of the most fascinating figures ever to emerge in our midst.

Fethullah Gulen is an Islamic scholar, preacher, author, and social advocate, whose decades-long commitment to education, altruistic community service, and interfaith harmony has inspired millions in Turkey and around the world. Described as one of the world's most important Muslim figures, Gulen has reinterpreted aspects of Islamic tradition to meet the needs of contemporary Muslims. He has dedicated his life to interfaith and intercultural dialogue, community service and providing access to quality education. He was the first influential Muslim public figure to publicly condemn the 9/11 attacks and express sympathy for the American people.Gulen's lifelong work on interfaith cooperation has earned him recognition from Christian and Jewish leaders in his homeland Turkey and a personal audience with the late Pope John Paul II. He is also the recipient of New York-based East West Institute's 2011 peace award. His efforts have also been praised by other global leaders who recognize his vital role in fostering mutual understanding and peace as well as his leadership in humanitarian initiatives. In 2008, Gulen was ranked among top 100 in Foreign Policy and Prospect magazines' joint poll of the "Top 100 Public Intellectuals." In April 2015, he was awarded with 2015 Gandhi King Ikeda Peace Award by Martin Luther King Jr. International Chapel at Morehouse College in recognition of his life-long dedication to promoting peace and human rights.
Loading...
or
Not Currently Available for Direct Purchase