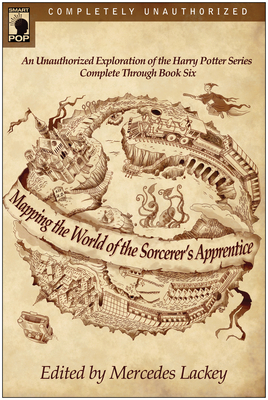 Mapping the World of the Sorcerer's Apprentice

An Unauthorized Exploration of the Harry Potter Series

From the Dursleys as social commentary to a look at Snape's role in less than child-friendly fanfiction . . . from the parallels between Azkaban and Abu Ghraib to the role of religion at Hogwarts . . . from why Dumbledore had to die to why killing Harry never should have been part of Voldemort's plan to begin with . . . Mapping the World of the Sorcerer's Apprentice offers a comprehensive look at the Harry Potter series through the eyes of leading science fiction and fantasy writers and religion, psychology, and science experts.

This book has not been authorized by J. K. Rowling, Warner Bros. or anyone associated with the Harry Potter books or films.

Mercedes Lackey is the author of more than 60 books, including the Diana Tregarde, Elvenbane, and Valdemar series. She lives in Claremore, Oklahoma.
Loading...
or support indie stores by buying on