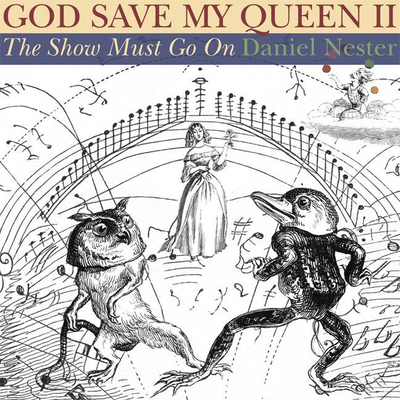 God Save My Queen II

The Show Must Go On

God Save My Queen: The Show Must Go On by Daniel Nester continues the theme from his first book--how his personality and aesthetic was shaped by Freddie Mercury and the British rock band Queen. World famous in the 1970s for such songs as "We Will Rock You," "We Are The Champions," "Another One Bites The Dust," and the mock-opera epic "Bohemian Rhapsody," the band ended its run in 1991 with the death of its flamboyant lead singer, Freddie Mercury, from AIDS. But it is a source of a deeper and more personal obsession for the author, poet and journalist Daniel Nester. As for the first volume, a short essay, or riff, accompanies, in order of album and track, of Queen's last five studio albums The "plot points" covered here would be the band's retreat from the United States -- timed almost exactly when the author proclaims Queen his "favorite band" -- as well as Queen's triumphant performance at Live Aid, European tours, and the band's retreat into secrecy as Freddie Mercury deals with HIV/AIDS, the decline of Mercury's health and his eventual death. Not quite memoir, neither prose poetry nor rock book, it will, it will nonetheless, rock you.

Daniel Nester is the author most recently of the memoir Shader: 99 Notes on Car Washes, Making Out in Church, Grief, and Other Unlearnable Subjects. His previous books include How to Be Inappropriate, a collection of humorous nonfiction, and The Incredible Sestina Anthology, which he edited. His first two books, God Save My Queen: A Tribute and God Save My Queen II: The Show Must Go On, are collections on his obsession with the rock band Queen. His third, The History of My World Tonight, is a book of poems.

As a journalist and essayist, his work has appeared in a variety of places, such as Salon, The New York Times, Buzzfeed, and The Atlantic. The former editor of the online journals Unpleasant Event Schedule and La Petite Zine as well as Painted Bride Quarterly and the sestinas section of McSweeney’s Internet Tendency, he currently edits Pine Hills Review, the literary journal of The College of Saint Rose, where is also an associate professor of English.
Loading...
or
Not Currently Available for Direct Purchase