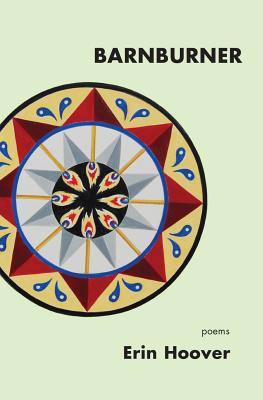 Poetry. BARNBURNER by Erin Hoover is the winner of the 2017 Elixir Press Antivenom Poetry Award. Kathryn Nuernberger, contest judge, had this to say about it: The epigraph to BARNBURNER is a call to burn it all down: 'According to an old story, there was once a Dutchman who was so bothered by the rats in his barn that he burned down the barn to get rid of them. Thus a barn burner became one who destroyed all in order to get rid of a nuisance.' There is honesty in this epigraph, raw and brutal, like the narrative voices in Erin Hoover's poems. But there's an irony at play here, an irony perhaps borrowing a bit from the ironies of Frost's 'Mending Wall': these poems don't burn down the cruelties of a homogeneous, racist patriarchy. Instead, they make a muse of it. A muse that can be objectified, stripped bare, and put on a pedestal for all to scorn. Hoover fridges that muse so that one speaker of a heroine after another is vaulted by the shock of such violence into a journey of personal discovery. There are mean-spirited, ruthless characters in these poems and, in a kind of reverse Bechdel test, Hoover wipes away their inner lives and never lets them talk to each other about anything except those they have hurt.

"Erin Hoover’s supple, lucid voice, her storytelling skill, and the sheer linguistic and emotional intelligence of her poems make it hard to believe that Barnburner is a first book. There are poems here about bad jobs, environmental threat, about having or not having children, about sex, violence and many kinds of coercion, and maybe most of all about helplessness and control: who has control, how do we go out of control, how do we find our way back—if we do. A political, personal and timely book." — Daisy Fried

"Tough, sly, and profane in confronting the absurd in conventional white feminine sexual identity, Erin Hoover’s poems chronicle the coming-of-age of a wounded yet increasingly liberated psyche of an ingénue who has survived the wants, disappointments, and outrages of having become a serious and considerable woman. Narrative and irony are her major modes as she navigates through origins in nondescript yet sexualized experience and what she eloquently calls 'the hierarchies of the flesh,' cumulatively reaching, poem-by-poem, a Walpurgisnacht of reckoning that takes down the lashes and lies of false female consciousness. Erin Hoover’s poems burn like freebase on the delicate tissues of female innocence." — Garrett Hongo

"Erin Hoover’s debut poetry collection, Barnburner, announces a poet of serious gifts and immense range. With landscapes moving from the hollowed-out towns and broken wilderness of central Pennsylvania to the grinding financial bustle of New York City, Barnburner explores nothing less than what it means to be human in a virtual age, capturing both the deep loneliness and intense connectivities of our present moment. In an era of poetry that sometimes feels built for disposability and diminished attention spans, Hoover is a poet of earnest intellectual weight and historical awareness." — Erin Belieu

Erin Hoover was born in Harrisburg, Pennsylvania. Her poems have appeared in The Best American Poetry, Best New Poets, and in journals such as Prairie Schooner, Narrative, Alaska Quarterly Review, and Pleiades. She earned a Ph.D. from Florida State University and now lives in Tallahassee, Florida, where she teaches writing.
Loading...
or
Not Currently Available for Direct Purchase