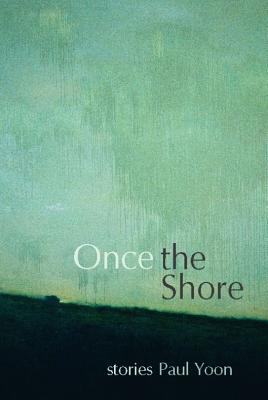 So persuasive are Yoon's powers of invention that I went searching for his Solla Island somewhere off the mainland of South Korea--not realizing that it exists only in this breathtaking collection of eight interlinked stories...Yoon's writing results in a fully formed, deftly executed debut. The lost lives, while heartbreaking, prove illuminating in Yoon's made-up world, so convincing and real. To read is truly to believe.--San Francisco Chronicle

"Paul Yoon writes stories the way Faberg made eggs: with untold craftsmanship, artistry, and delicacy. Again and again another layer of intricacy is revealed, proving that something as small as a story can be as satisfying and moving as a Russian novel."--Ann Patchett

"These are lovely stories, rendered with a Chekhovian elegance. They span from post-World War II to the new millennium, with characters of different ethnicities, yet each story has a timelessness and relevance that's haunting and unforgettable. Yoon is a sparkling new writer to welcome and celebrate."--Don Lee

Spanning over half a century--from the years just before the Korean War to the present--the eight stories in this collection reveal an intricate and unforgettable portrait of a single island in the South Pacific. Novelistic in scope, daring in its varied environments, Once the Shore introduces a remarkable new voice in international fiction.

Publishers Weekly starred review: Yoon's collection of eight richly textured stories explore the themes of family, lost love, silence, alienation and the effects of the Japanese occupation and the Korean War on the poor communities of a small South Korean island. In the namesake story, a lonely young waiter connects with an American widow who has come to find the cave where her husband claimed to have carved their initials during his tour of duty in Korea. The narrator shifts between Jim coping with the loss of his big brother, a fisherman killed by a surfacing American submarine, and the sorrow of the widow. In Among the Wreckage, aging parents Bey and Soni hope to recover the body of their son, Karo, killed in a U.S. military bombing test on what was thought to be a deserted island. The sad journey provides Bey an opportunity to examine his inability to show affection to his wife and only child. Yoon's stories are introspective and tender while also painting with bold strokes the details of the lives of the invisible.

Paul Yoon was born in New York City. His fiction has appeared in One Story, Ploughshares, TriQuarterly, Glimmer Train, American Short Fiction, and The Best American Short Stories, among other publications. Once the Shore is his first book.
Loading...
or support indie stores by buying on