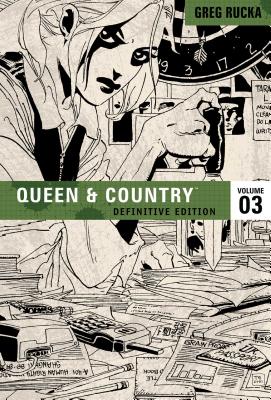 QUEEN & COUNTRY, the Eisner Award-winning and critically lauded espionage series from acclaimed novelist and comic book author Greg Rucka, is back in a new series of definitive editions collecting the entire classic series in just four affordable soft covers. In this third collection, readers are sucked into the thrilling and often-times devastating world of international espionage as SIS field agent Tara Chase is sent all over the world in service to her Queen & Country all the while Director of Operations Paul Crocker walks a narrow tightrope between his loyalty to his people and the political masters that must be served!

Mike Norton is the creator of the Harvey and Eisner Award-winning webcomic, Battlepug. After many years of Marvel and DC credits, he co-created Revival, the critically acclaimed Image Comics series, with studio-mate Tim Seeley and the Dark Horse series, The Answer!. He lives in Chicago with his wife and pugs. He is also very, very tall.
or
Buy Here
Copyright © 2020 American Booksellers Association